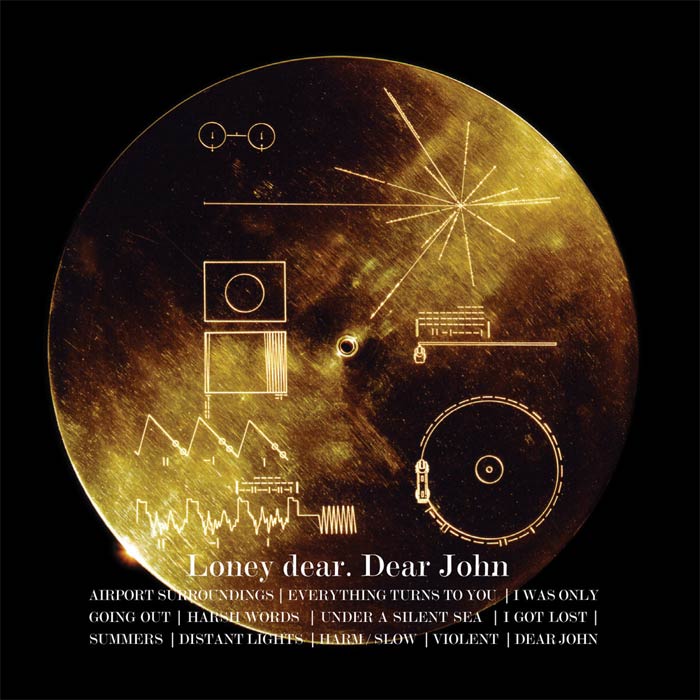 A couple years ago I briefly mentioned the Swedish band Loney, Dear on my site. You probably don’t remember this because the few sentences I wrote about them were pretty pathetic. I’d just discovered their album Loney, Noir and didn’t yet know what to think of it.

As it turns out, I never really made up my mind. That didn’t stop me from downloading their previous album Sologne. But after nearly a dozen listens, I still couldn’t decide whether I liked it or not.

So when Loney, Dear released Dear John earlier this year, I didn’t rush out to buy it. In fact, it sat on my “Save For Later” list on eMusic for several months. Then one random day I decided to give it a try. I don’t remember what prompted me to do it, but it was a fantastic decision.

Darker and more complex than its two predecessors, Dear John is an incredible album. Its shiny pop veneer masks feelings of loneliness, regret, and melancholy. I’ve never heard an album that bounces around so effortlessly between happy and sad. It might take a few spins before the album’s greatness hits you, but when it finally does, you won’t want to listen to anything else. For these reasons, Dear John has undoubtedly secured a spot on my year-end list.