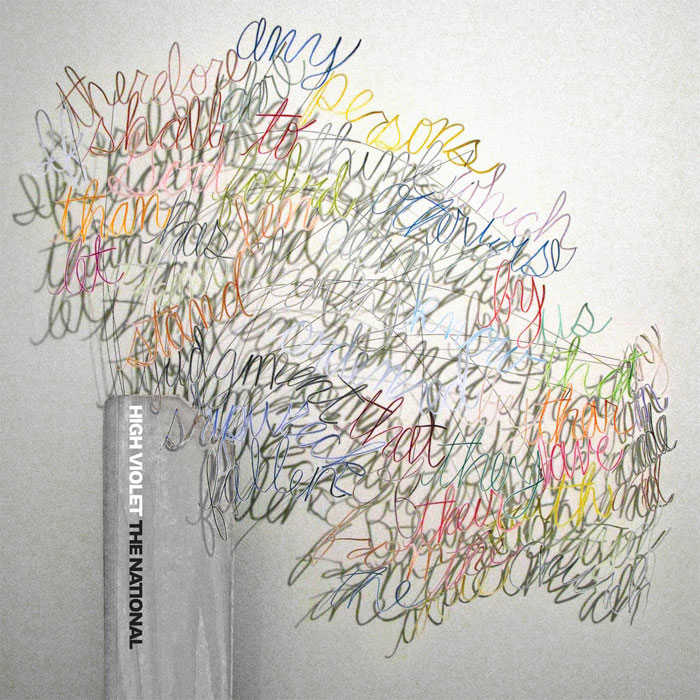 I first discovered The National back in 2005 after they released Alligator. It didn’t take long for me to become completely obsessed with the album’s somber, restless sound. Unfortunately, this placed the band in dangerous territory. Over the years, I’ve found that most of my favorite artists eventually disappoint me. I hesitate to name names, but My Morning Jacket definitely comes to mind. So when The National released Boxer in 2007 I held my breath. Luckily, it took only a few listens to allay my fears: Boxer was just as good as Alligator, perhaps even a little better.

Regardless, when the band released High Violet in 2010 I once again tempered my expectations. The first time through I remember feeling slightly underwhelmed, though in retrospect this was probably just the trappings of a self-fulfilling prophecy. After repeated listens, however, the album started to open up. Now whenever I listen to High Violet I’m floored, which is pretty remarkable given how many times I’ve listened to it.

In the past few weeks I’ve become re-obsessed with the album. I like to think of it as the third and final installment in an amazing trilogy of albums (beginning with Alligator). High Violet may very well be the pinnacle. I’ve never heard a band make paranoia and despair sound so beautiful. The album also contains some of the band’s finest lyrics. For example, “I still owe money to the money to the money I owe / The floors are falling out from everybody I know.”

Thanks to High Violet I am no longer worried about being disappointed by The National. In fact, I eagerly await the band’s next album, which, if historical trends hold, should be sometime soon. Until then I will happily enjoy High Violet.