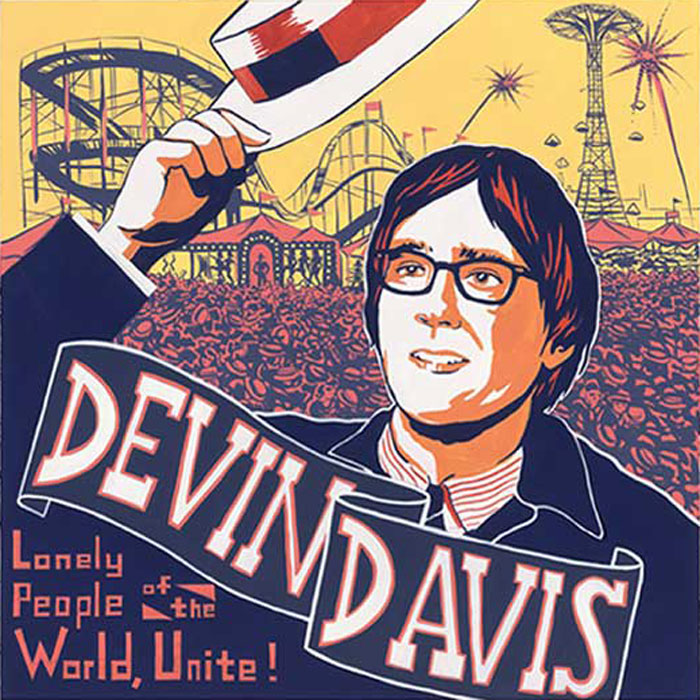 Lonely People of the World, Unite!

Somewhere in an alternate universe, one with a more refined musical palette than ours, Devin Davis rules the world. In this blissful utopia, his debut album Lonely People of the World, Unite! has earned him universal acclaim and recognition. The man can do no wrong, with each new album eclipsing the levels of pop perfection achieved by its predecessors.

Sadly I am stuck in this universe. One where Devin Davis, after releasing Lonely People back in 2005, essentially dropped off the face of the earth. I used to get really sad whenever I listened to the album because it always left me wanting more. Davis has a knack for writing unbelievably infectious, clever songs, and I couldn’t help but imagine how amazing a second album might sound.

Over the years my perspective has changed. I no longer yearn for a follow-up to Lonely People. Instead I marvel at the fact that an album of this caliber even exists. Perhaps this explains my insatiable appetite for music. Who knows how many more albums like Lonely People are out there, patiently waiting to be discovered.